This trip was a huge success as Koen and Sugikoujou were able to create, beyond expectation, the first prototypes of a chair and a table within the 3 days. This success was due to mutual respect and trust in the collaboration, as well as a nicely balanced exchange of knowledge and creative input between Koen Tossijn as designer and the carpenters of Sugikoujou as makers. These prototypes were improved on over a period of 1 month. The discussions were done via online meetings.

On March 25, Koen visited Ukiha for the second time to complete the prototype-phase and create an exhibition about the collaboration. This exhibition opened on March 29 (closed April 10). This exhibition showed to a wider public the process of developing the prototypes with the carpenters of Sugikoujou, as well as the design choices and practical decision involved in the development of the furniture.
Koen Tossijn returned to Amsterdam on April 1, 2019.

CONCRETE RESULTS:
Due to the positive reaction of Sugikoujou to Tossijn’s designs and his conceptual approach, Sugikoujou has decided to develop this into a long term collaboration, to create a new line of furniture and products together. This will be launched in the summer of 2020. Koen has also been given car te blanche to create various different objects to increase the volume of this line beyond a chair and a table.

Studio the Future will continue to exhibit the process of this collaboration in Japan, accompanied by a book (to be published early May) that provides the context of the collaboration. 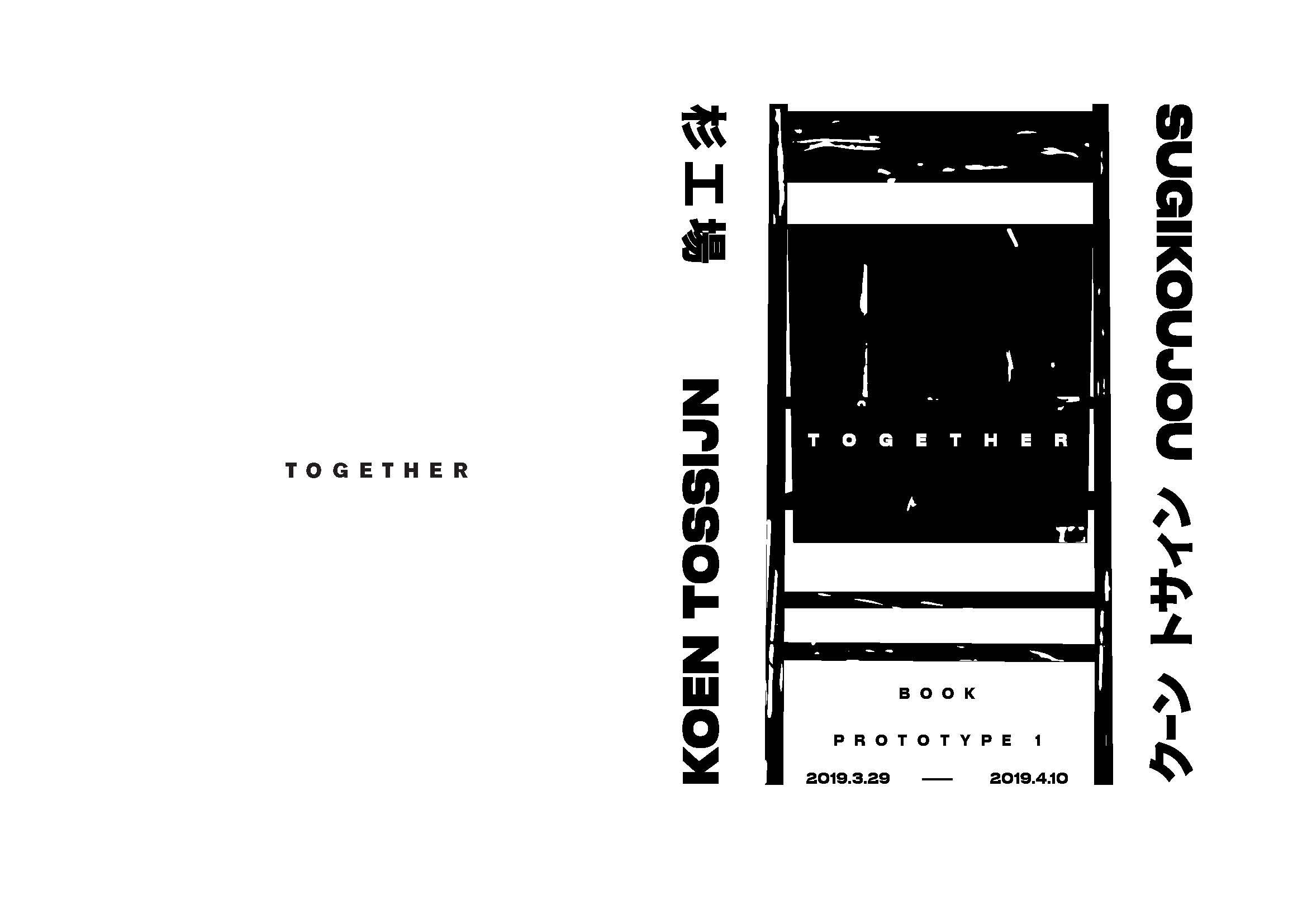 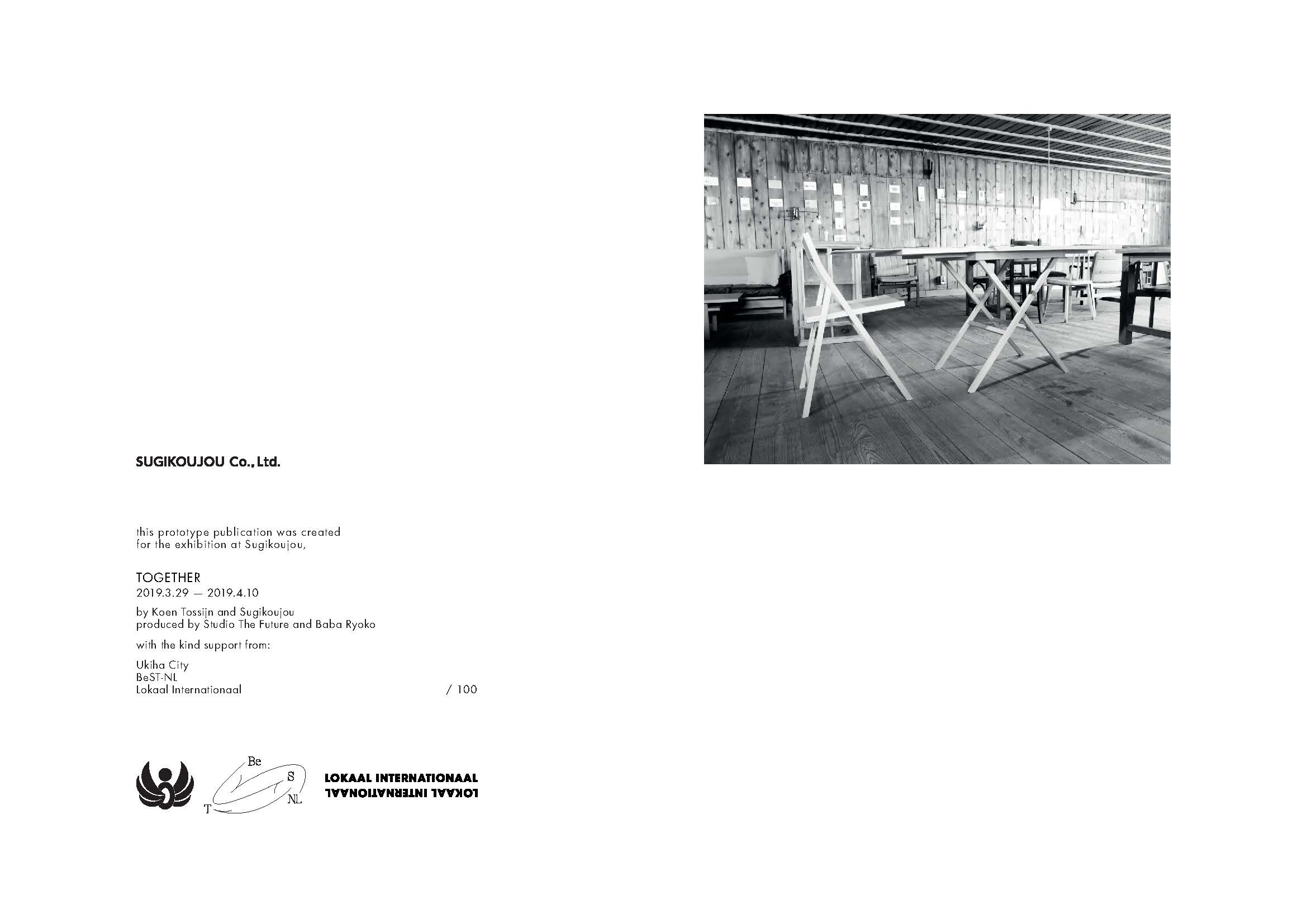 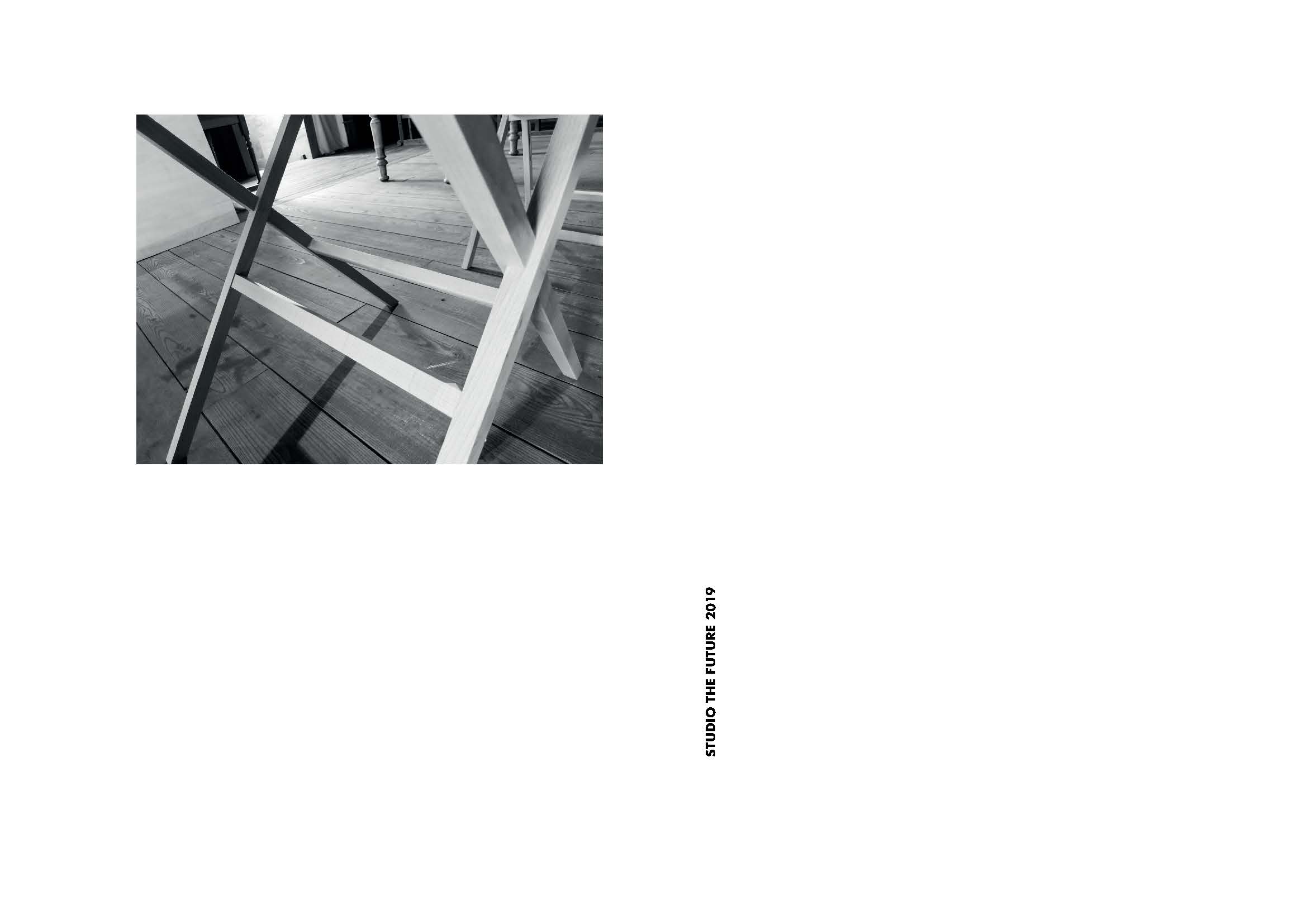 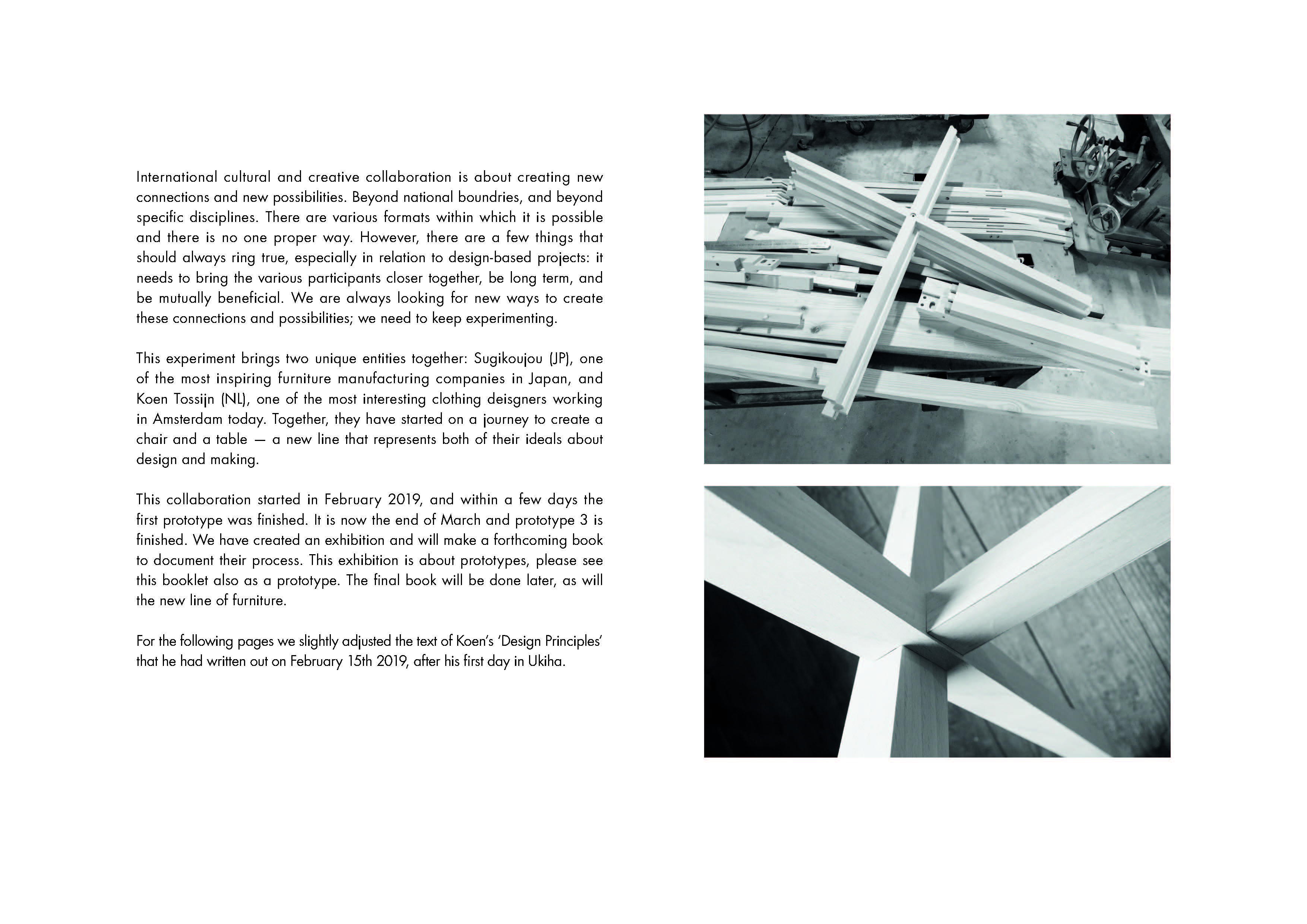 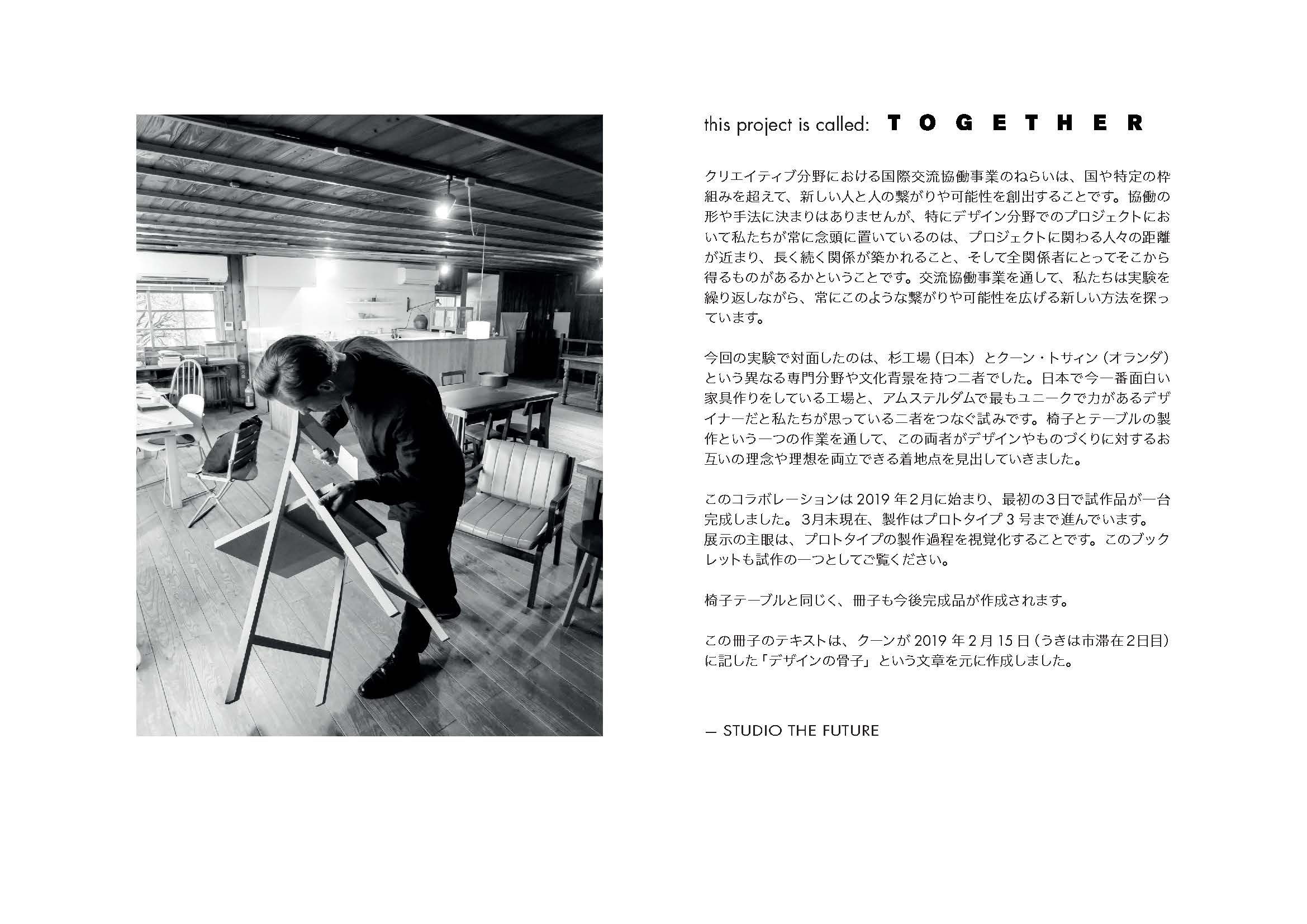 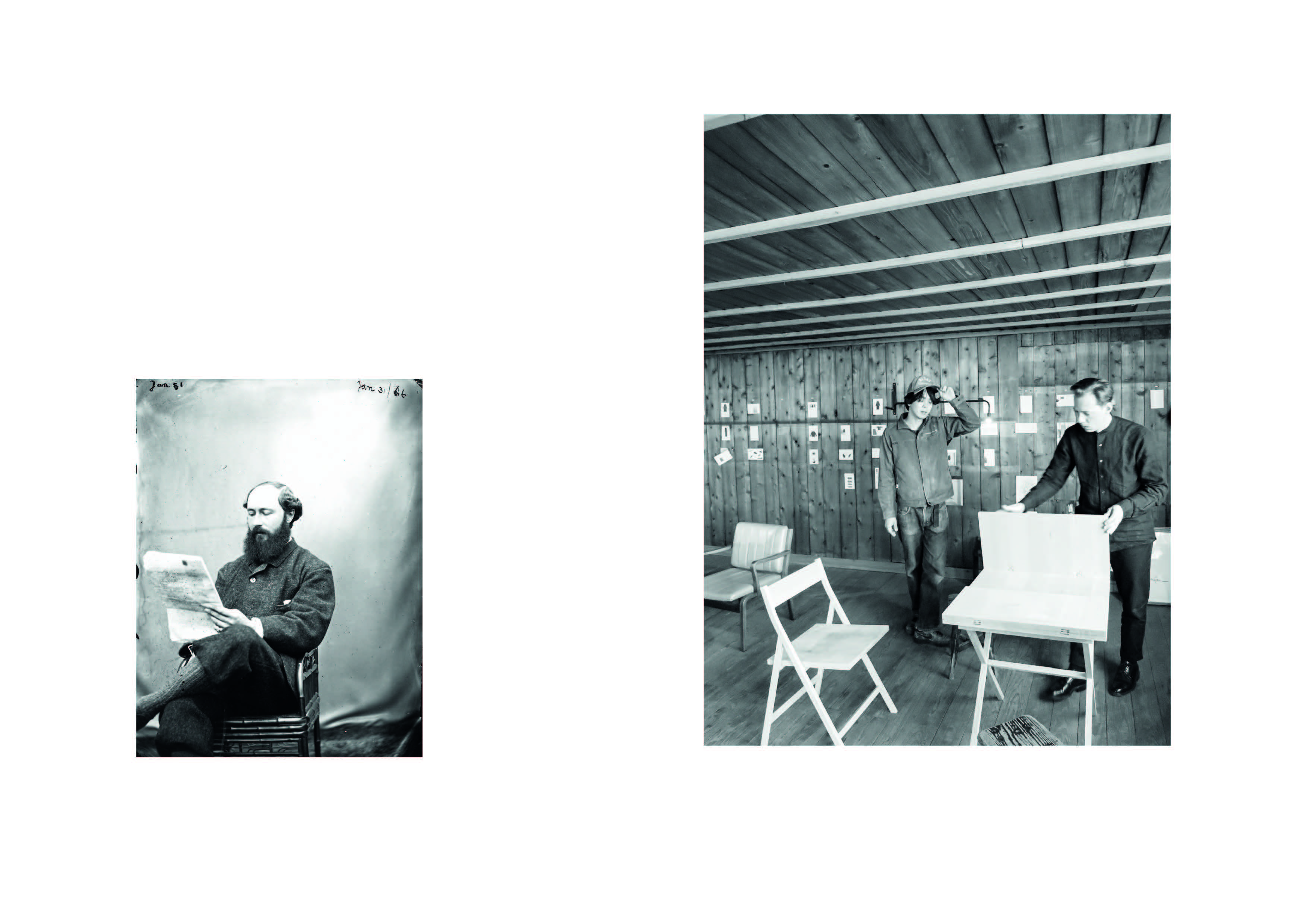 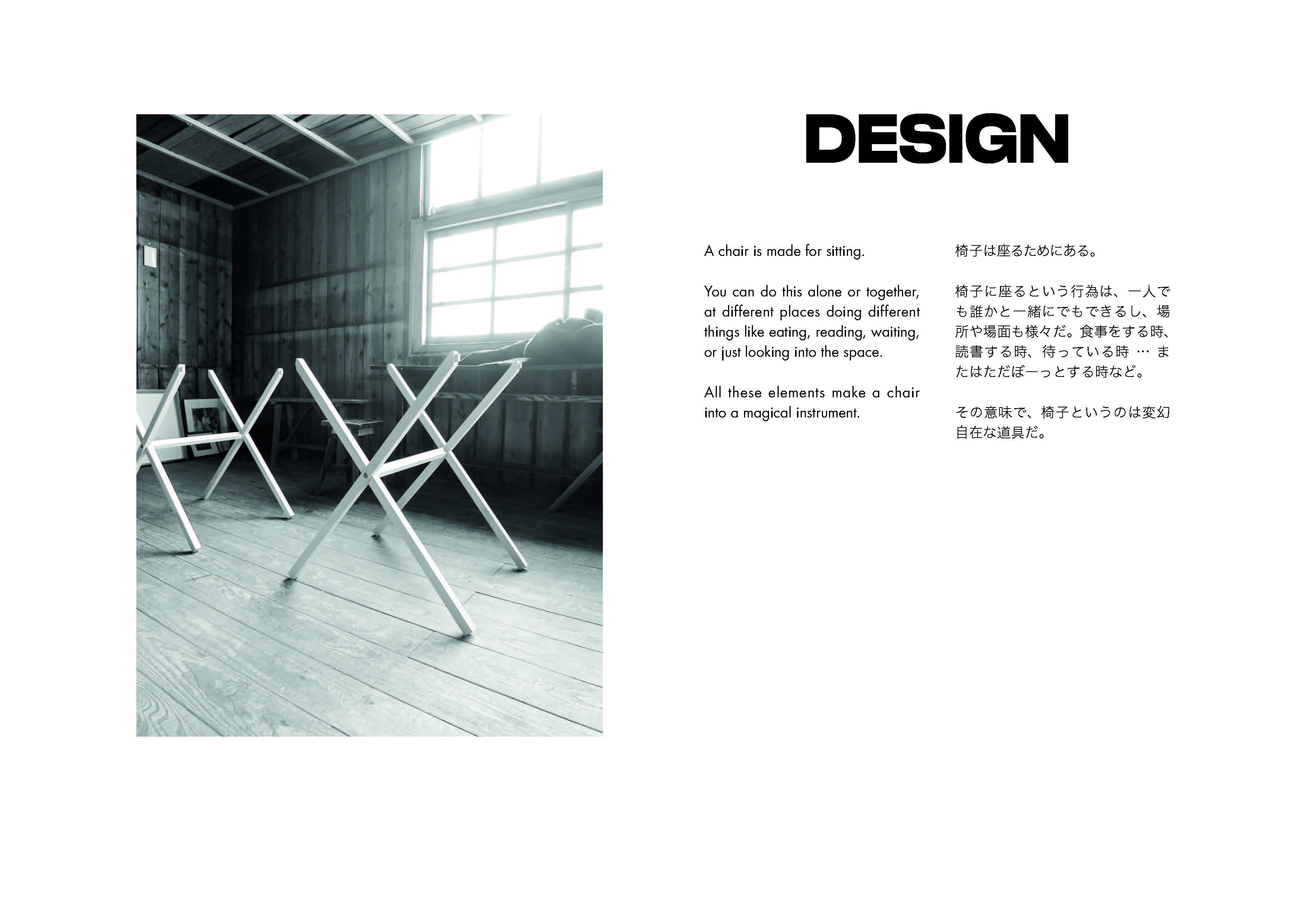 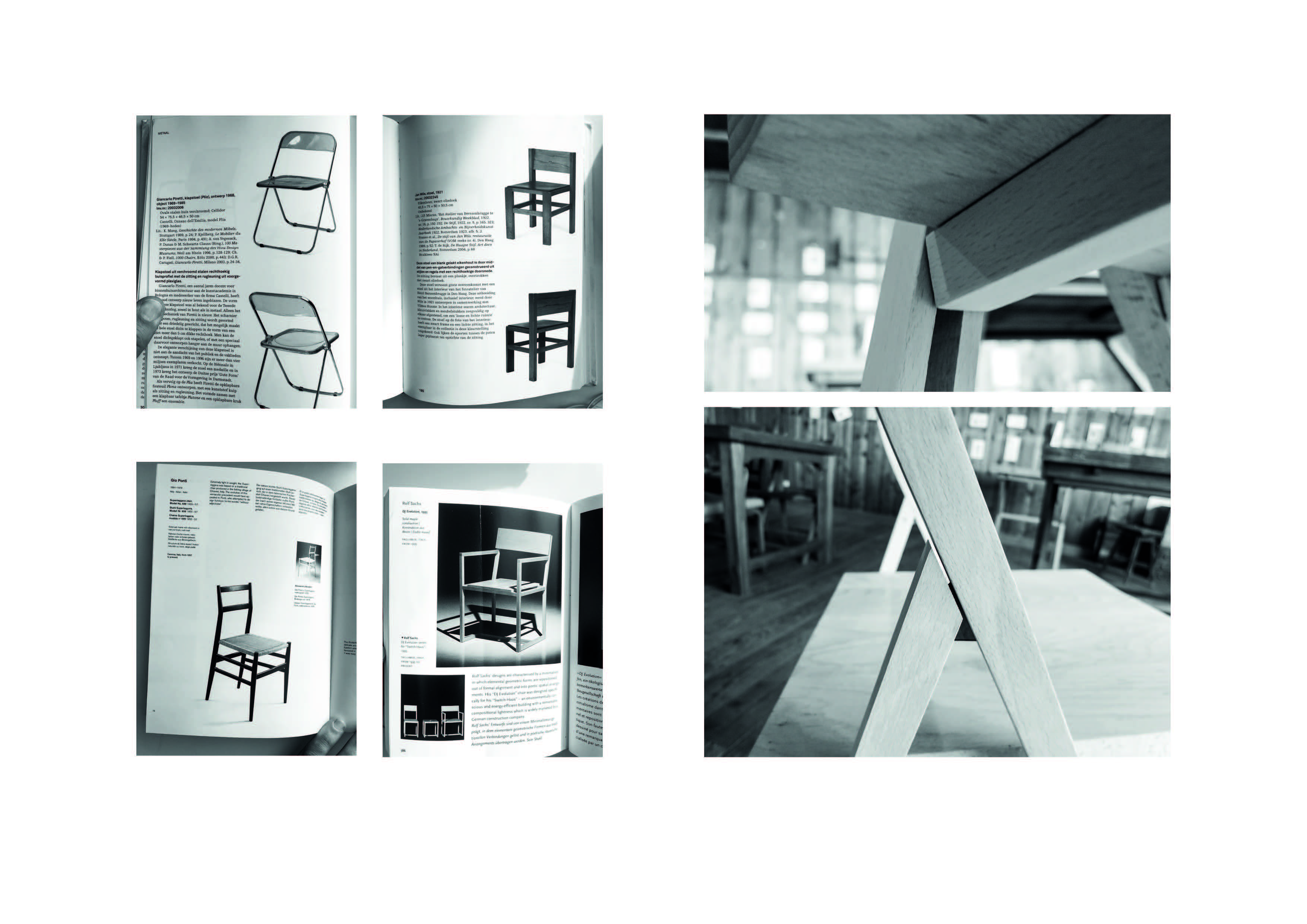 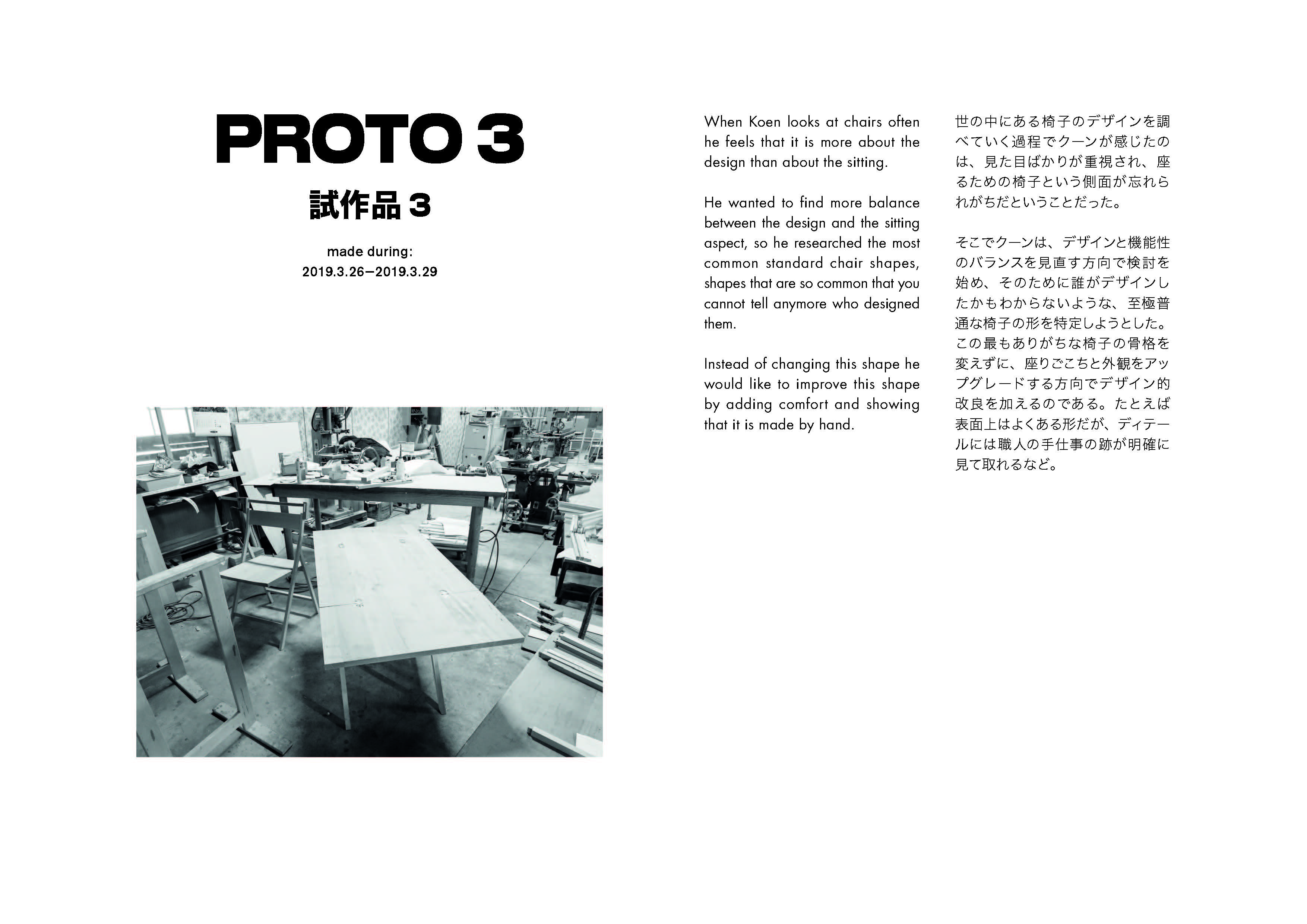 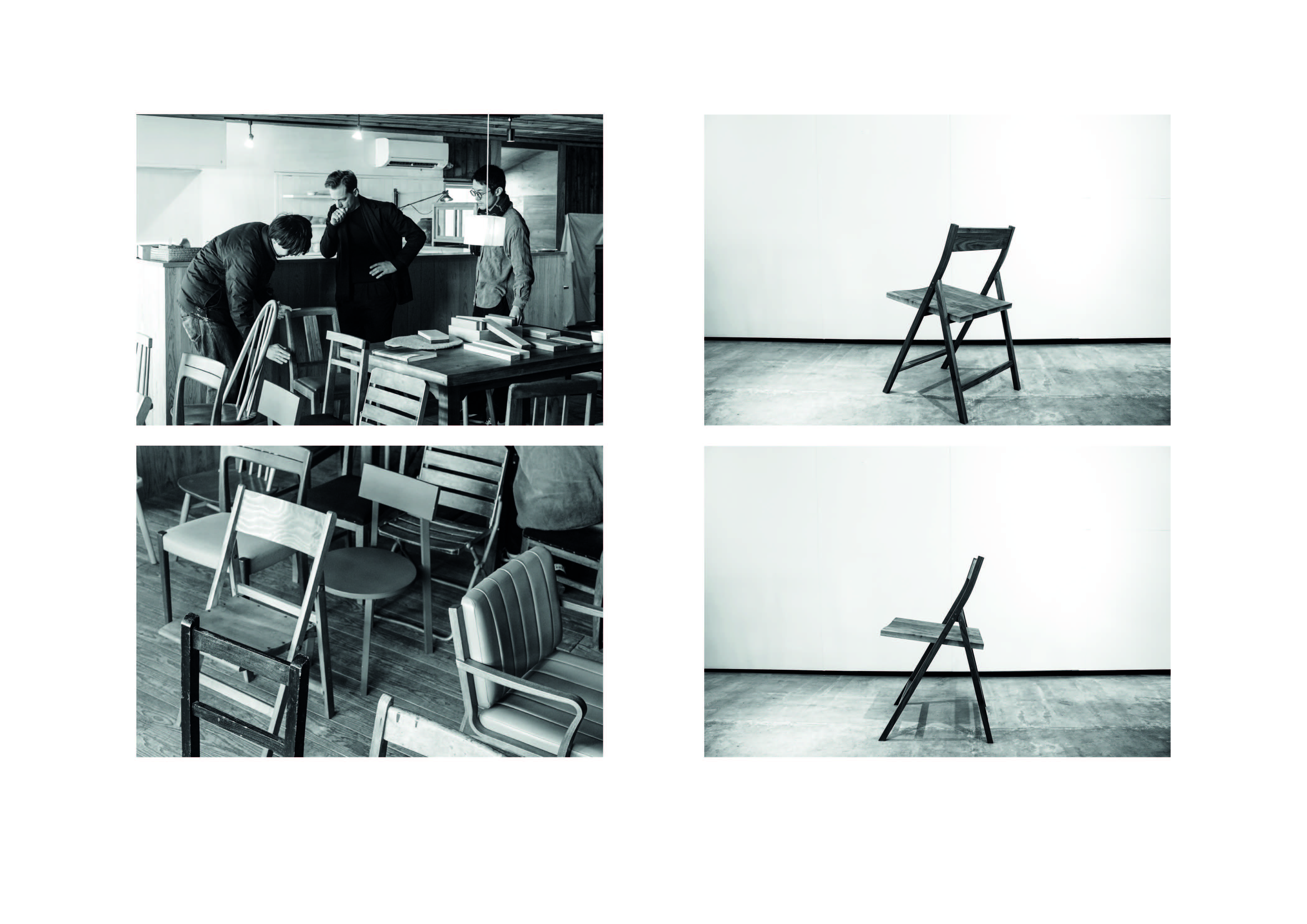 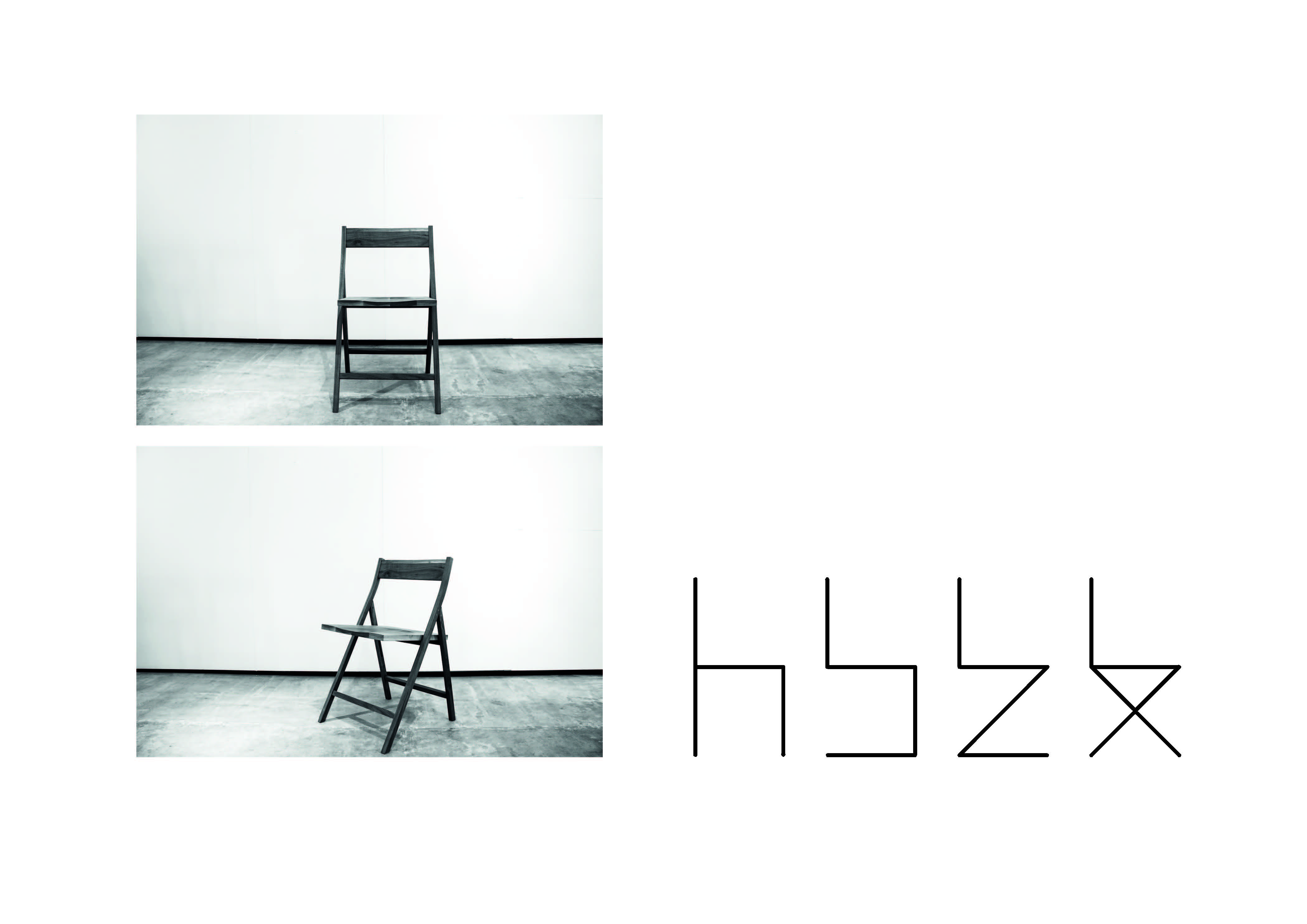 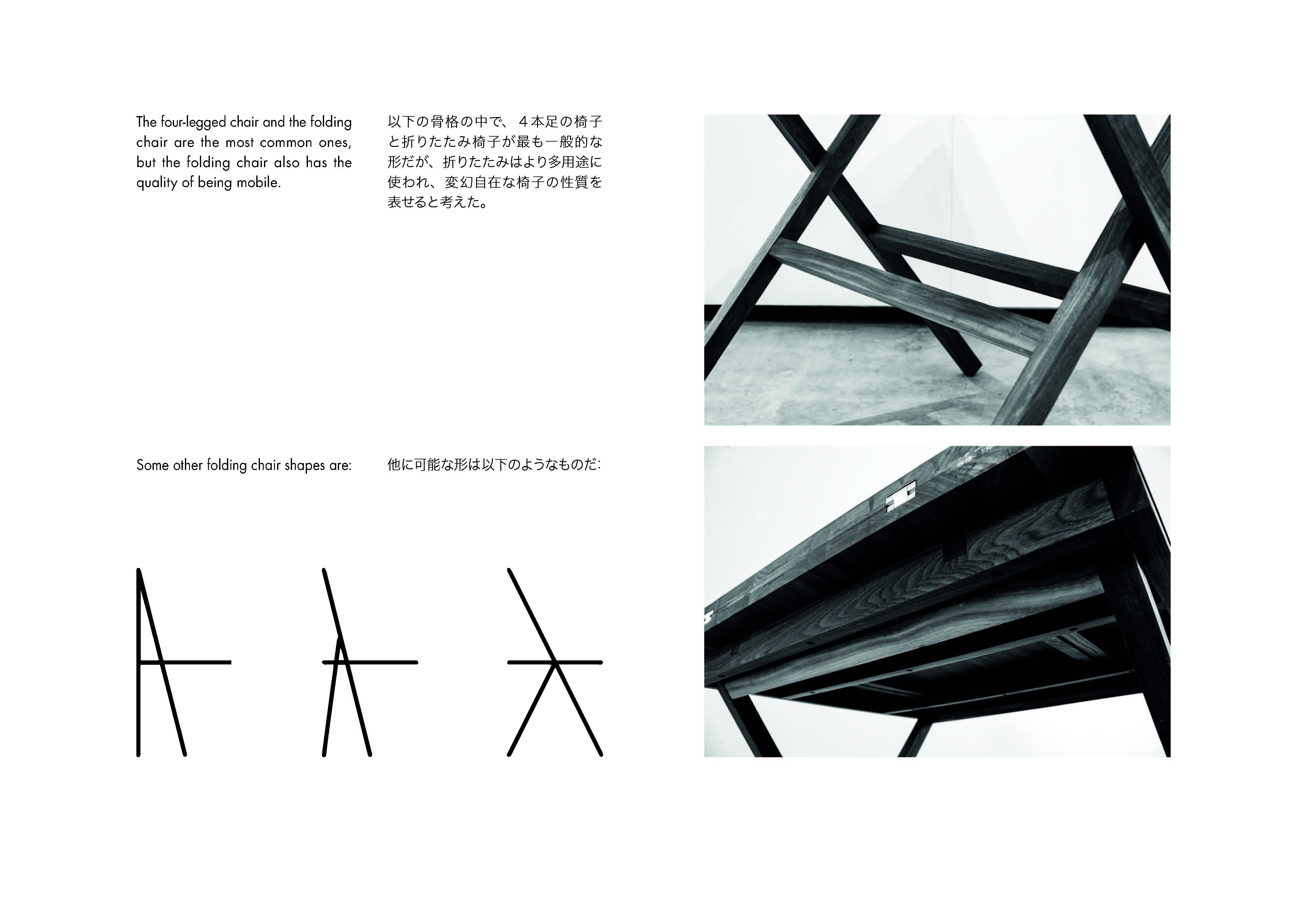 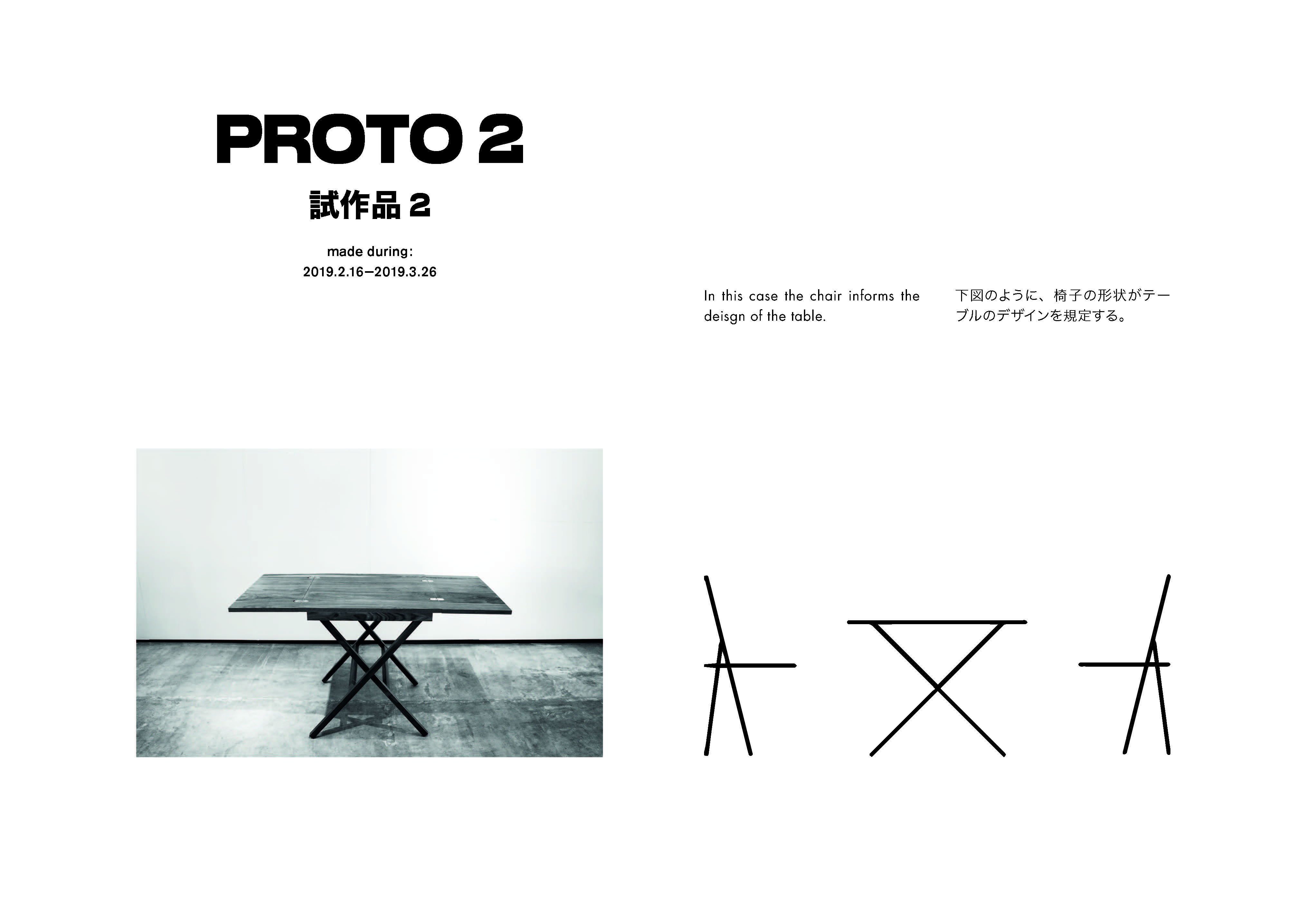 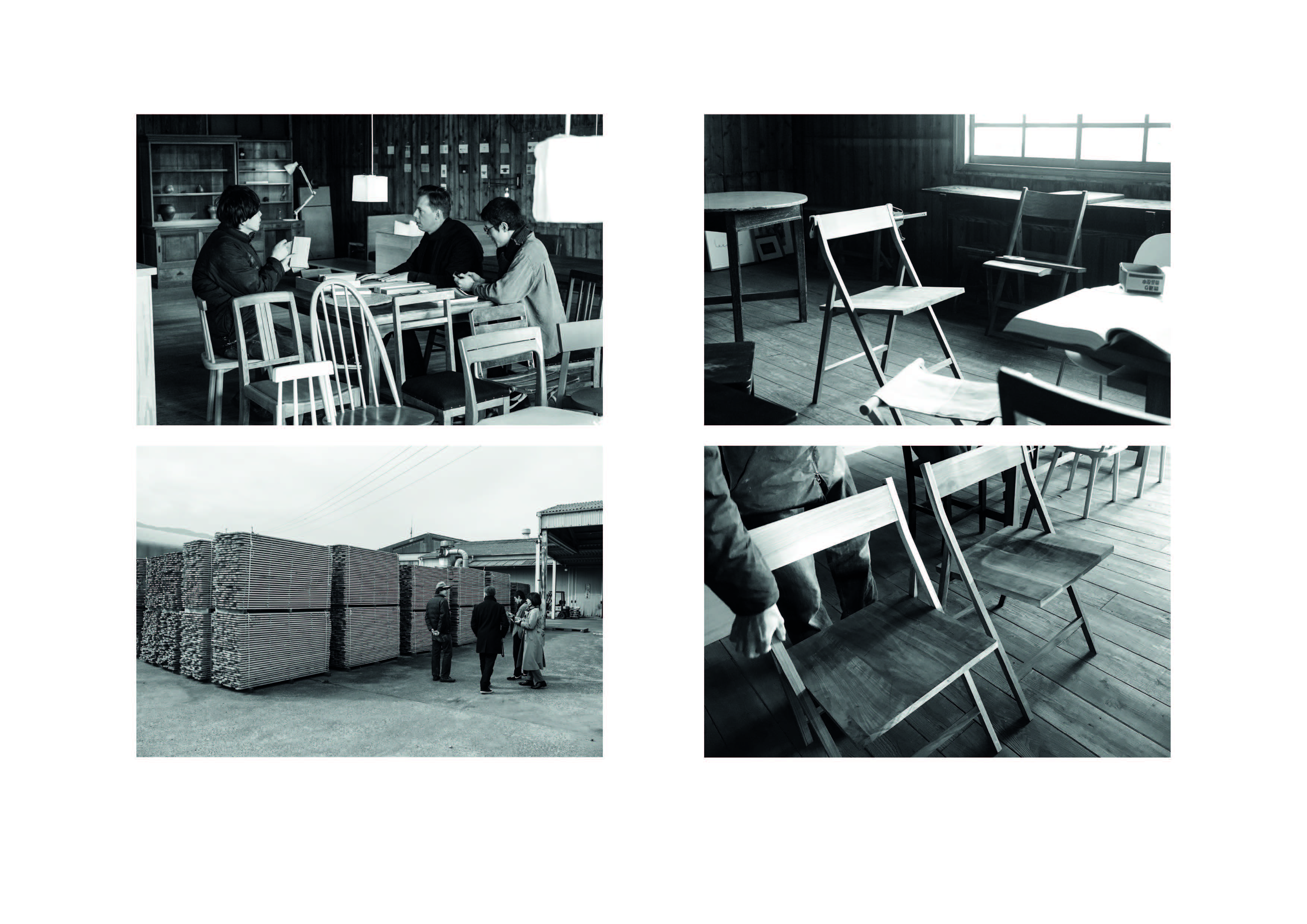 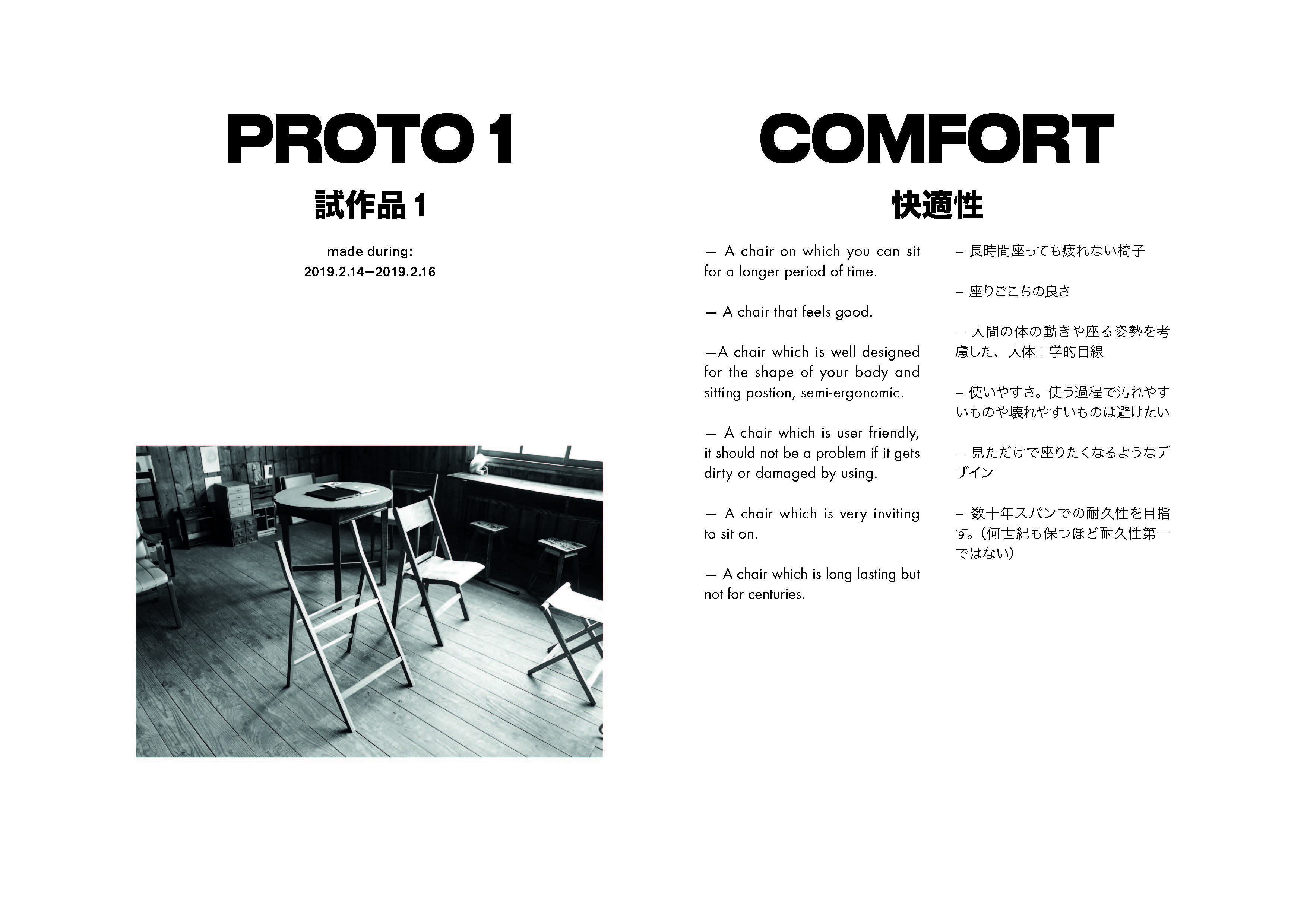 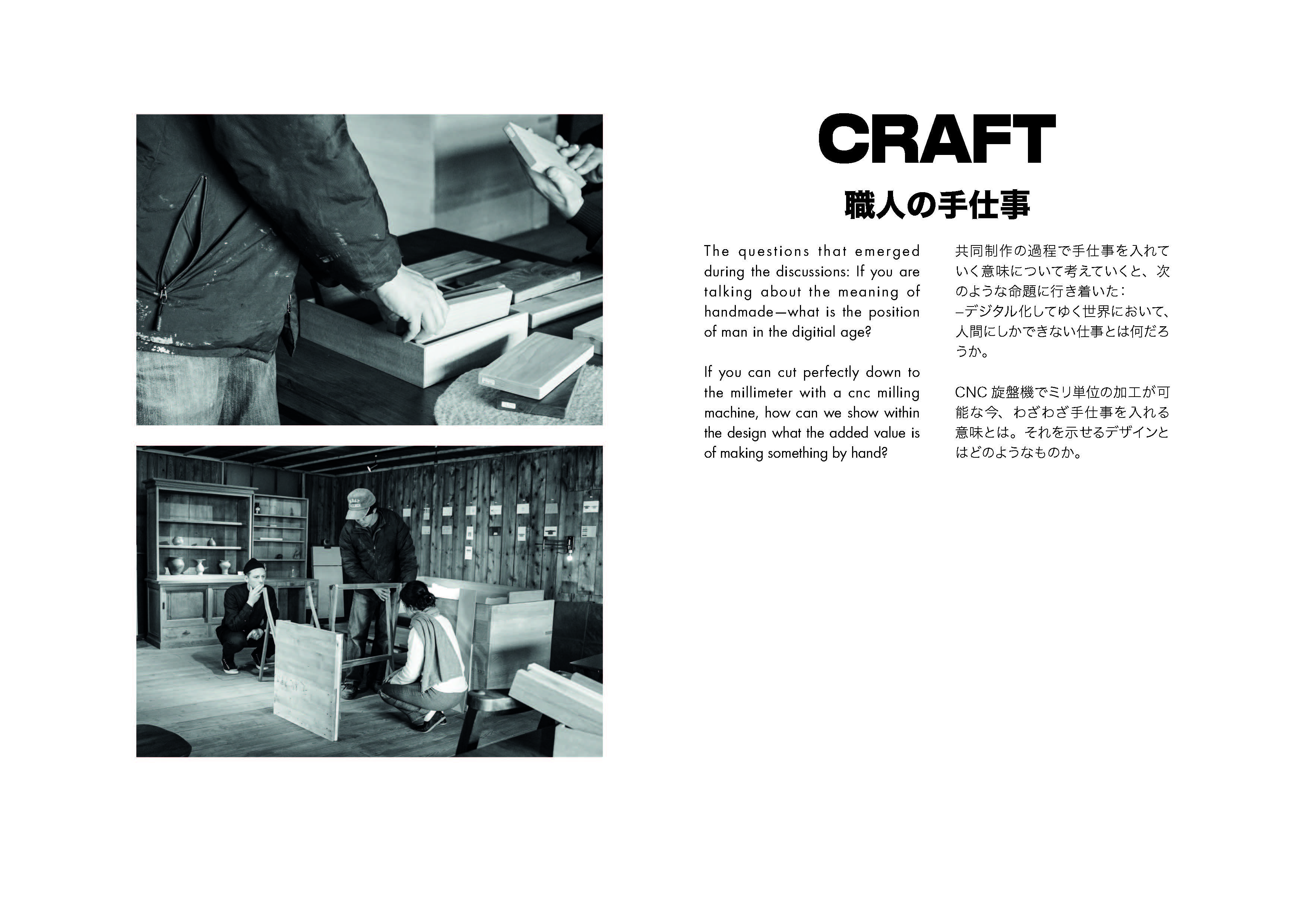 images: exhibition booklet give away